Please join us for our four June lectures. All lectures are free but registration is necessary. Information and links are below.

A Protestant Wind or Hot Air? A study of the Astor Armada drawings

The Lecture In January 2021 a set of ten ink and watercolour drawings were acquired by the National Museum of the Royal Navy. The re-discovered manuscripts are the earliest visual representations of the progress of the Spanish Armada and depict one of the greatest events in British naval history from the sighting of the fleet at the Lizard on the 29 July 1588 to the Battle of Gravelines on 8 August 1588. The drawings had, in 1828, been identified as preparatory sketches for Robert Adams and August Ryther’s engravings, ‘Expeditionis Hispanorum in Angliam Vera Descriptio’– the first commercially-produced English prints – published in 1590, to accompany Ryther’s description of the battle, A Discourse Concerninge the Spanishe Fleet…. The lecture discusses the penmanship, provenance and production of the maps, and raises the possibility that, rather than being preparatory sketches for a printed work, they comprise separately-produced illustrations to accompany a now lost manuscript despatch of the campaign. In either case, both the drawings and the prints are shown to have played a vital role as part of protestant propaganda and the Tudor spin machine.

The Speaker Daniel has worked as a bookseller since the age of sixteen; first at Sanders of Oxford on weekends and holidays whilst at school and university, before starting full-time in 1997 and becoming General Manager in 1998. Subsequent to this, he left to work as a business developer in the book department at Bonham’s auction house in 1999. In 2002 he was invited to set up a map and atlas department at Bernard Shapero Rare Books in London. Daniel has given numerous lectures on maps and atlases, including talks at the Library of Congress, the Minneapolis Institute of Arts, and the Fine Art Museum, Houston.

In the summer of 2010, with the support of a group of their customers, Daniel together with Nick Trimming started Daniel Crouch Rare Books. Daniel still lives in Oxford with his wife, Jen, and two young daughters.

This lecture will be followed with the presentation of the IMCoS/Helen Wallis award.
TO REGISTER:  https://www.eventbrite.co.uk/e/153323088485

Mapping the British Occupation of Manila 1762–64

The Lecture Towards the end of the Seven Years War, the East India Company (EIC) saw an opportunity, supported by the British government, to seize the Philippines from Spain. An invasion fleet was assembled in Madras and arrived in Manila Bay on 23 September 1762. Within ten days Manila had fallen, and the acting Governor-General, Archbishop Manuel Antonio Rojo, surrendered. The British went on to capture Cavite and the Manila galleon Santísima Trinidad, but faced resistance by a native army under Simón de Anda. Under the terms of the 1763 Treaty of Paris, Manila was returned to Spain on 31 March 1794 by the then Provisional Deputy-Governor, Alexander Dalrymple, who would later become hydrographer to the EIC and (in 1795) the first Hydrographer to the British Admiralty.

Peter will discuss the background to the invasion, the dramatic attack on the fortified citadel, subsequent events, the return of Manila to Spain, and the cartographic consequences of the occupation. To illustrate his talk, he will show maps from the British Library, George III’s Collection of Military Maps held by the Royal Collection Trust, the United Kingdom Hydrographic Office, the Norman B. Leventhal Map Center Collection at the Boston Public Library, the Library of Congress, and private collections in Manila.

The Speaker Peter Geldart, who retired after a long career in banking and finance spent mostly in Asia, now resides partly in Manila and partly in Hong Kong.  A keen map collector, he is a member of the Philippine Map Collectors Society (PHIMCOS) as well as IMCoS.  In 2017 he curated and wrote the catalogue for the PHIMCOS exhibition titled ‘Mapping the Philippine Seas’, and is also the editor of the PHIMCOS journal, The Murillo Bulletin. He has assisted the Hong Kong Maritime Museum in cataloguing its map collection, and is an occasional contributor of book and exhibition reviews for the IMCoS Journal. REGISTRATION: https://www.eventbrite.co.uk/e/152104628037  (Note different time.)

Wall maps published in the Netherlands between c.1550 and 1850

The Lecture Paula van Gestel will present aspects of her research for a cartobibliography on Dutch wall maps which she has been compiling with Günter Schilder since 2010. In addition to setting out their defining characteristics, manner of construction, sources, geographic and decorative content and the historical context, she will also discuss several prominent publishers of wall maps, the commercial environment, and issues of privileges and commissions.

The Speaker Paula van Gestel has been affiliated with the historical cartographic research programme Explokart (https://explokart.eu/) at the University of Amsterdam since 1999. She is also a member of the staff and board member of the Explokart Foundation and the Cartographiae Historicae Cathedra (CHC Foundation) for whom she additionally fund raises, edits, and supervises various projects. In 2007 she published the Liber Amicorum for Günter Schilder, Mappæ antiquæ and in 2011 Part 13 of the Explokart series Maps in books of Russia and Poland. She was received the IMCoS/Helen Wallis Award in 2013. REGISTRATION https://www.eventbrite.co.uk/e/152108419377

Alzate y Ramirez and the mapping of New Spain

The Lecture In 1768, Mexican Jesuit priest Don José Antonio de Alzate y Ramirez, created a large manuscript map of New Spain (defined at the time as those portions of North America controlled by Spain) which, in a bold move, he sent to the French Royal Academy of Sciences hoping that the learned society would publish it. For centuries, Spain had guarded its geographic knowledge about the New World and rarely allowed information to be published. Alzate’s outrageous breech of protocol resulted in the publication of the only map of New Spain printed in the eighteenth century using Spanish information. The map is rich with new geographic information of the area which would become the western United States. The lecture will describe this extraordinary map in the context of the limited knowledge of that region of America at the time.

The Speaker Wes has been a collector of old maps for over 45 years with a particular interest in the exploration and settlement of Colorado and western North America from the sixteenth through to the twentieth century. His other collecting passion is early world maps up to 1540. He is an eager student of the history of maps and mapmaking, a frequent speaker at conferences, and has published numerous articles. He is the founder of the Rocky Mountain Map Society and is IMCoS’s new International Chairman. 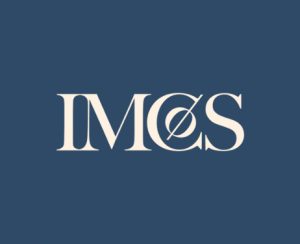